From historic hospitals to hospitality.

An island long known for its hospitals, prison and Lunatic Asylum is getting its first hotel.

Located in the middle of New York City’s East River, between Queens and Manhattan, Roosevelt Island spent the 19th and much of the 20th century primarily as a penitentiary, workhouse and quarantine before becoming a residential neighborhood and, beginning in June, also boasting a hotel.

“Graduate Roosevelt Island is now accepting reservations for stays beginning June 1st, 2021,” stated a press release for the 224-key hotel. The lodge was initially slated to open in July 2020, a date which was belated by a year as a result of the ongoing coronavirus pandemic.

The 18-story building is located at the entrance of Cornell Tech’s campus on the island and features a ground-floor restaurant, 24-hour fitness center, indoor-outdoor rooftop bar and lounge with skyline views, and 3,000 square feet of meeting space. Rooms start at $219 a night and are pet friendly — adding a furry friend to a booking, however, does cost an additional $25 a night.

Graduate Hotels’ in-house team designed the hotel to blend “Old School and New Age, taking inspiration from both the rich history of Roosevelt Island and the future of technology that the Cornell Tech campus embodies” according to the release. This includes a 13-foot statue of the artist Hebru Brantley’s Flyboy character and 5,000 square feet of  floor-to-ceiling bookshelves.

The island is accessible by the F train, NYC Ferry, car and its iconic red tram.

The island’s Octagon, formerly the New York Lunatic Asylum — made infamous by journalist Nellie Bly’s 1887 exposé “Inside the Madhouse” — was turned into a 500-unit rental building in 2006.

“The building has a magical vibe, and you fall in love with it the minute you step into the lobby,” one resident told The Post in January.

Roosevelt Island is accessible by train, ferry, car and its iconic tram. 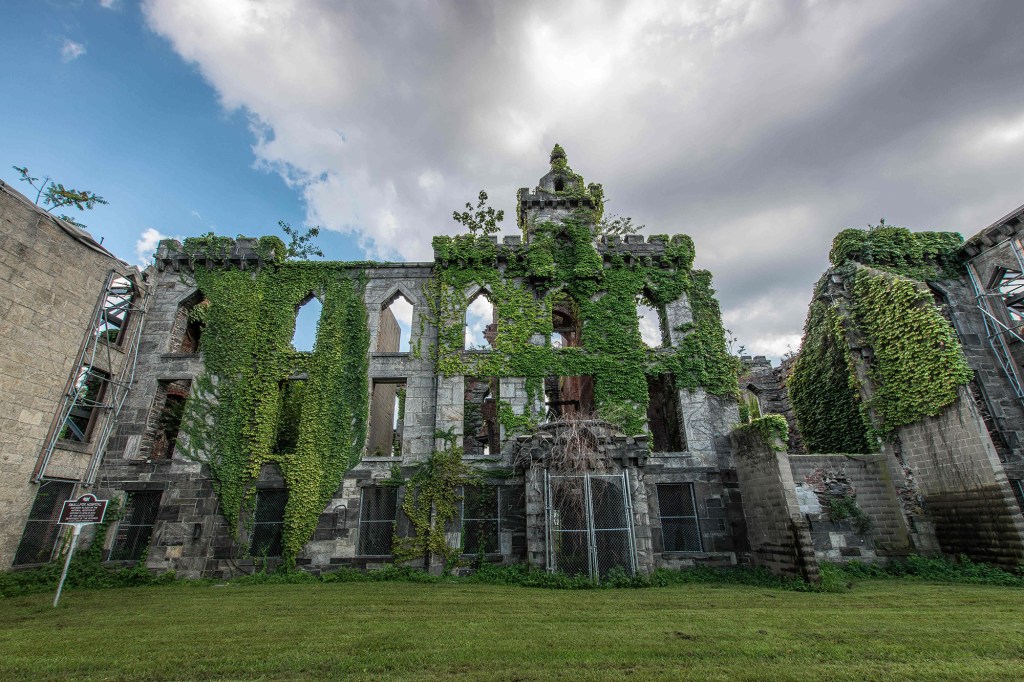 “These are real-world situations that are very serious and sometimes…