He’s gone from a troublemaker in a green mask to a pet detective — and now actor Jim Carrey has found his latest role for 2020: Joe Biden.

“The Mask” and “Ace Ventura” star, 58, who has been long known and beloved by audiences, was tapped by NBC to play the Democratic presidential nominee, 77, throughout Season 46 of “Saturday Night Live.”

“There was some interest on his part,” Lorne Michaels, who helms “SNL,” told Vulture. “And then we responded, obviously, positively. But it came down to discussions about what the take was. He and Colin Jost had a bunch of talks. He and I as well. He will give the part energy and strength . . . Hopefully it’s funny.”

The late-night show’s new season will begin on Oct. 3. It will all kick off with five consecutive new shows, but hosts and musical guests have not been announced.

“SNL” will have a limited studio audience when it returns and will also include three new featured players, Lauren Holt, Punkie Johnson and Andrew Dismukes.

Jimmy Kimmel was slammed for his “white privilege” after joking during the Emmy Awards that he planned to report British night show host John Oliver to immigration officials.

Kimmel, who hosted the virtual awards ceremony, was nominated for Outstanding Variety Talk Series against Oliver, who won the category for the fifth consecutive year since 2015.

“Congratulations again to John Oliver, I will be reporting him to ICE,” Kimmel quipped of the “Last Week Tonight With John Oliver” host.

But the funnyman’s joke didn’t go over well with some viewers at home who called him out for being “tone-deaf.”

“My biggest fear as a kid was seeing my parents get deported by ICE,” wrote one Twitter user. “This joke was hurtful and tone deaf, @jimmykimmel.”

Another user questioned why no one involved in producing the awards show pushed back on the joke.

“the amount of white privilege it took for jimmy kimmel to get up on stage at a nationally televised event and make a joke about ice and have no one tell him that that isn’t okay, is absolutely astonishing to me,” the user wrote, adding, “what’s so funny about ice?”

Others brought up that the “Jimmy Kimmel Live!” host also has a history of racial insensitivity, noting he did blackface in the past, playing NBA star Karl Malone and a parody of “The Oprah Winfrey Show” on Comedy Central’s “The Man Show.”

“So Jimmy Kimmel can do Black-face and still end up on the Emmy’s where he made an ICE deportation joke… and y’all say white privilege isn’t a thing,” one user tweeted.

Oliver became a US citizen last December, according to The Hollywood Reporter.

Check out these virtual victors.

The 2020 Emmy Awards were an unprecedented, socially-distanced affair — from Jimmy Kimmel’s hosting duties in a nearly empty Staples Center to the redefined red carpet. But that didn’t stop winners from embracing the glory of their gold statues from their own couches. ABC, which broadcast the ceremony Sunday night, commemorated the best of the best with a series of black-and-white portraits of some of the lucky cast and crew members, including the elated ensemble of “Schitt’s Creek,” four-time winner Regina King (“Watchmen”) and “Euphoria” star Zendaya, who landed a surprising upset over Jennifer Aniston in the Lead Actress, Drama, category.

Below, take a peek at some of the TV Academy’s official portraits of their charmed champs, including those who were part of the “Schitt’s” sweep and the “Succession” success. And if you missed Sunday night’s festivities, don’t fret: You can still check out The Post’s full list of Emmy winners and nominees, including the Creative Arts awards that trickled out over the past week. (And just be glad you missed out on the confusing Postal Service bit and the “Friends” faux-union.) 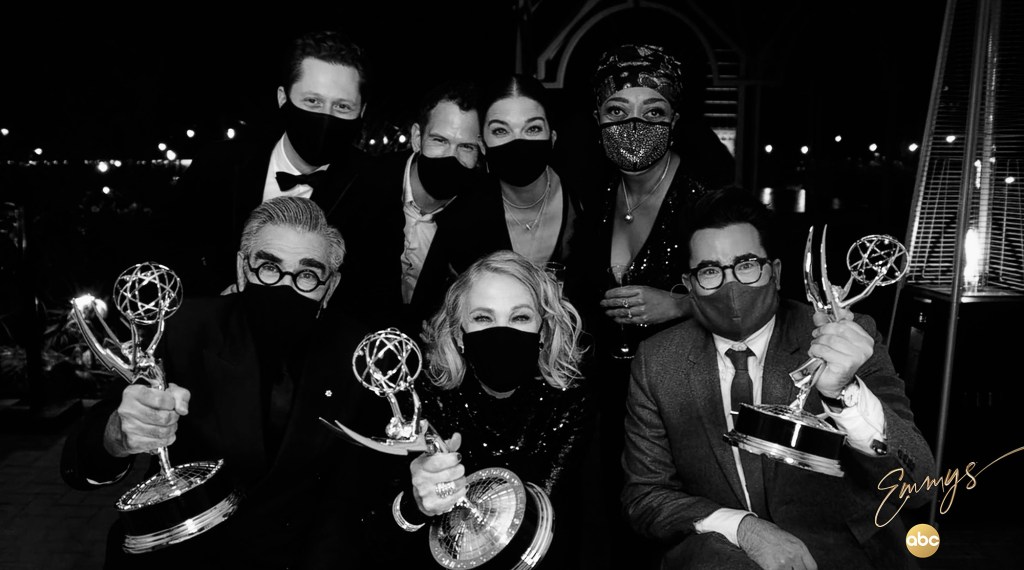 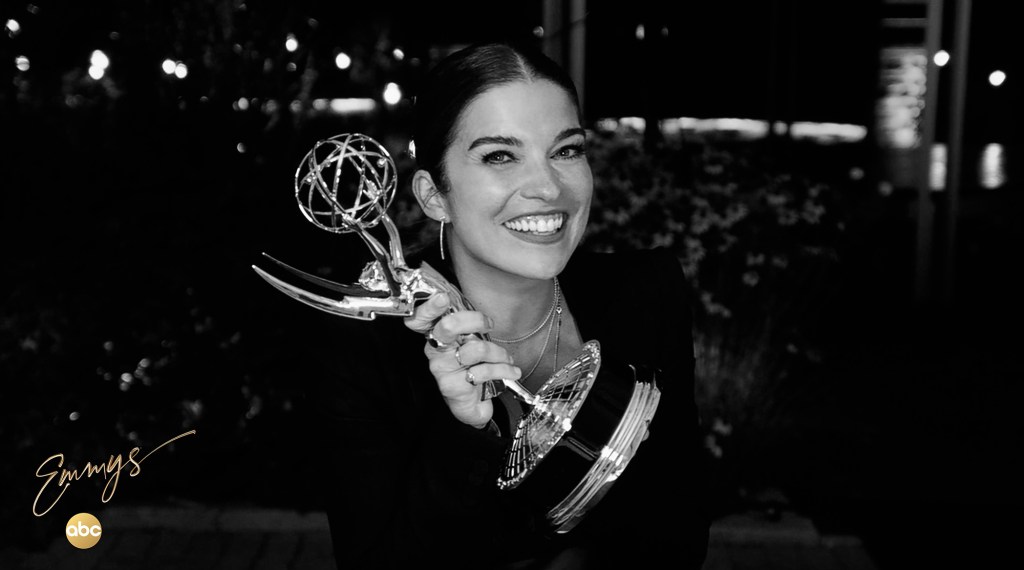 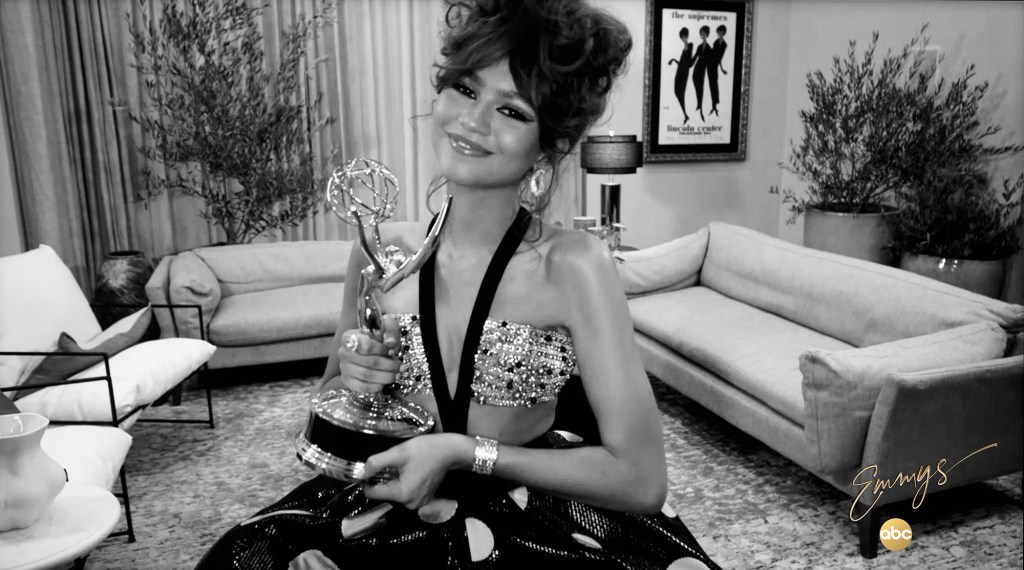 Zendaya captured the Emmy for Outstanding Actress, Drama, for her turn in HBO’s “Euphoria.” 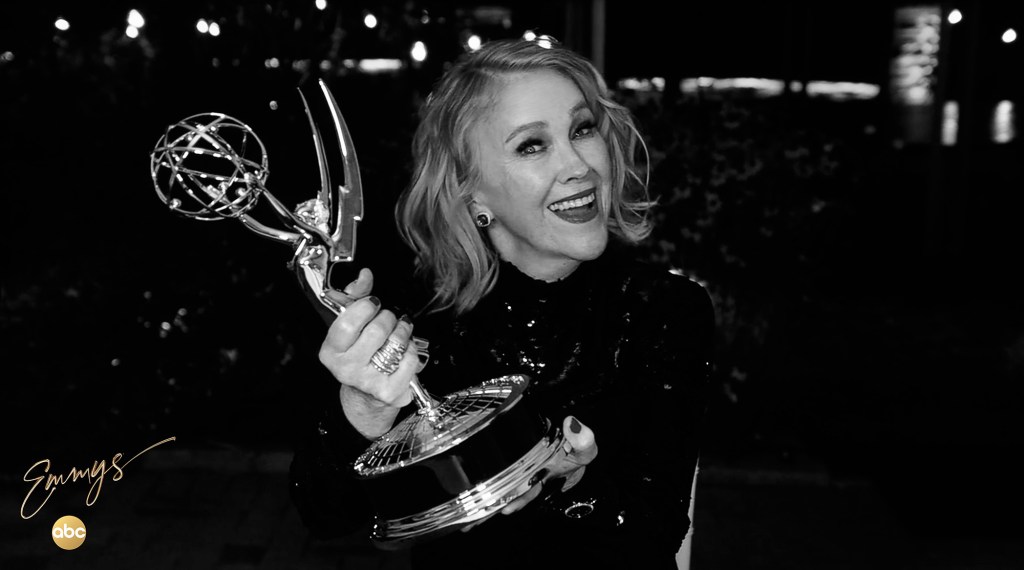 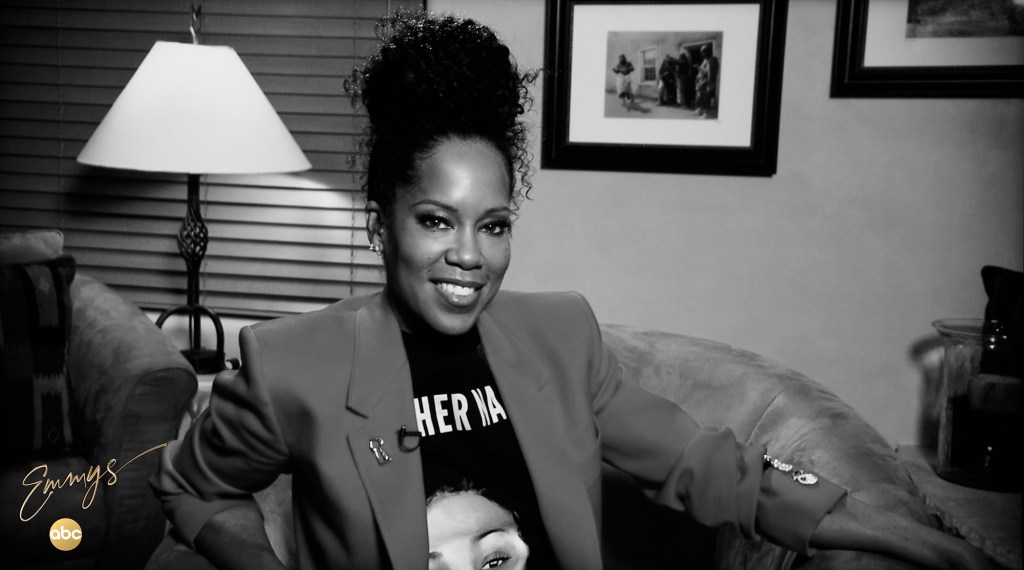 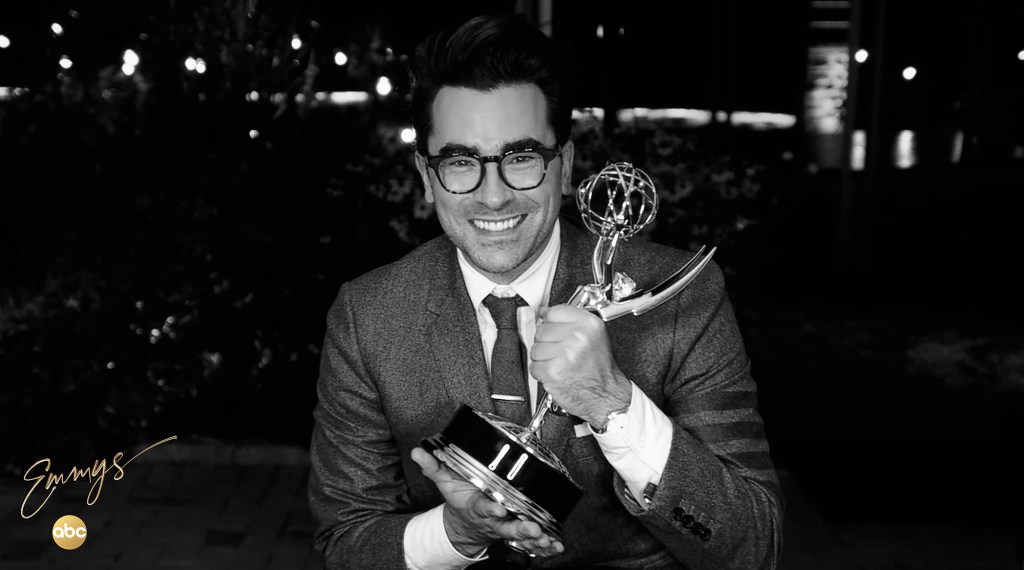 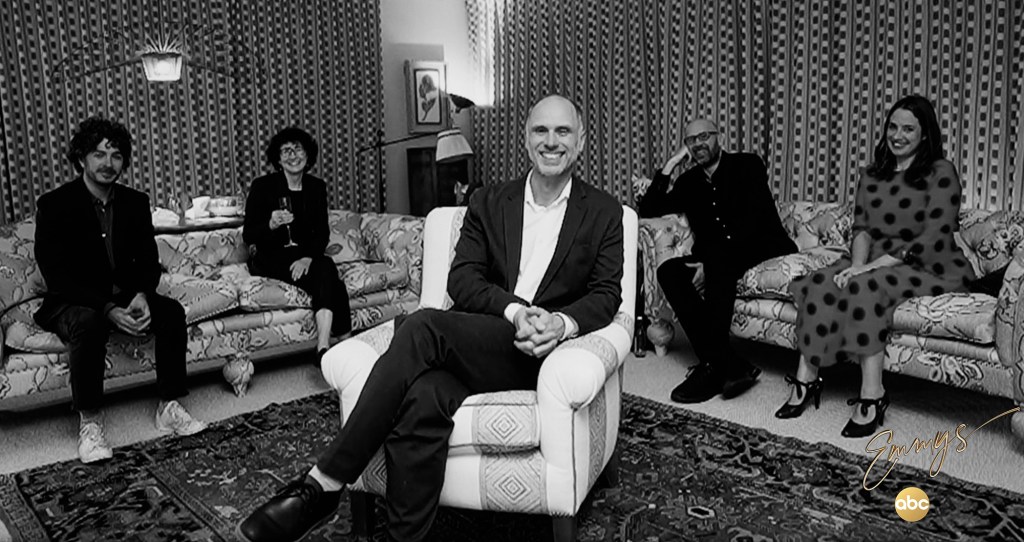 Jesse Armstrong (“Succession”) landed the Emmy for Outstanding Writing for a Drama Series. 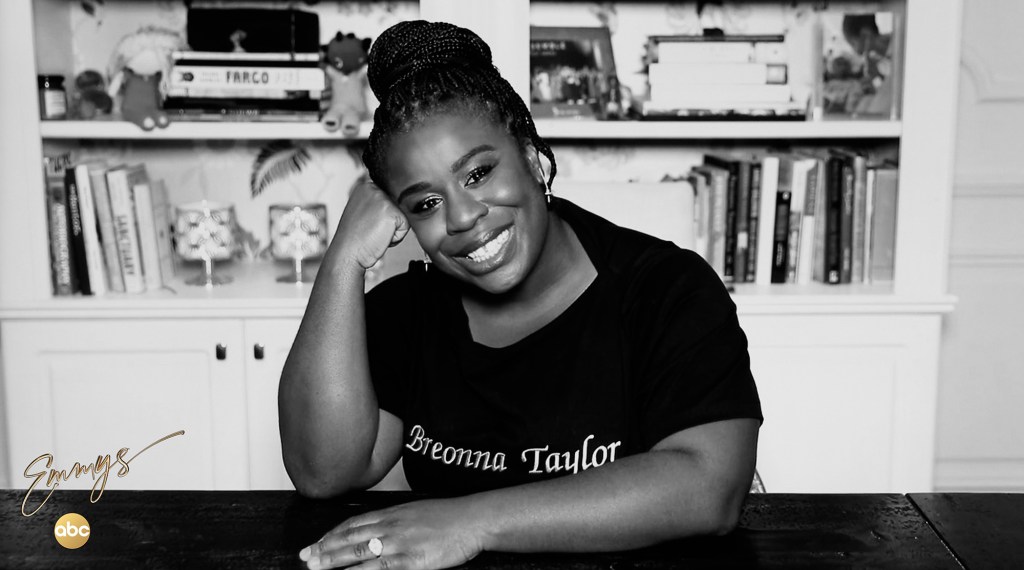 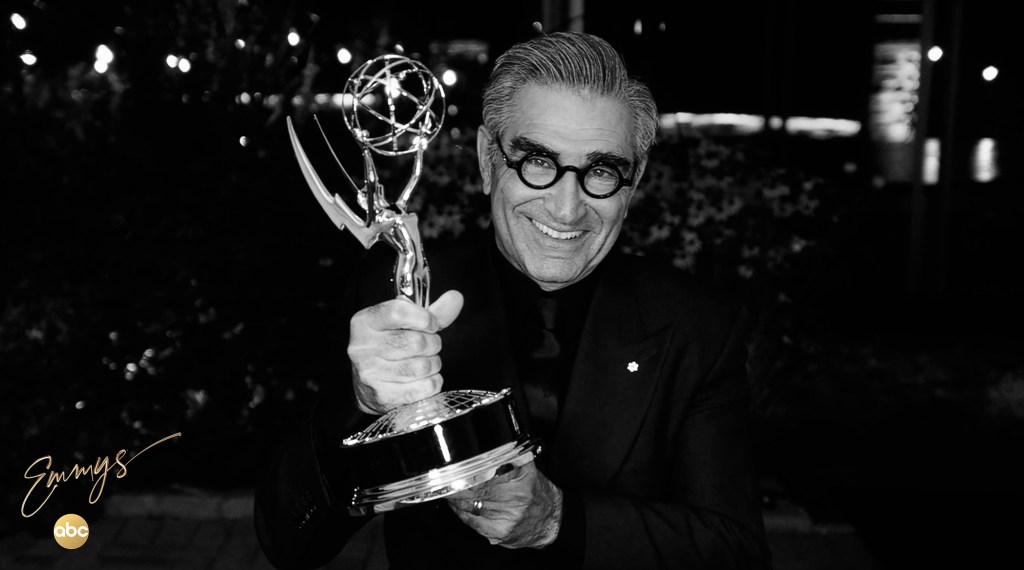 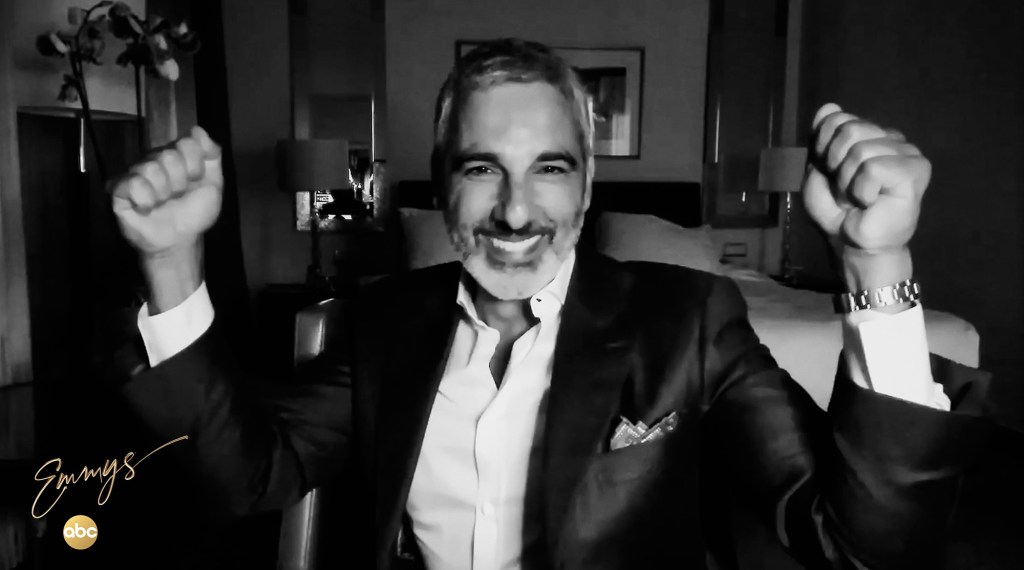 The Emmy for Outstanding Directing for a Drama Series went to Andrij Parekh (“Succession”). 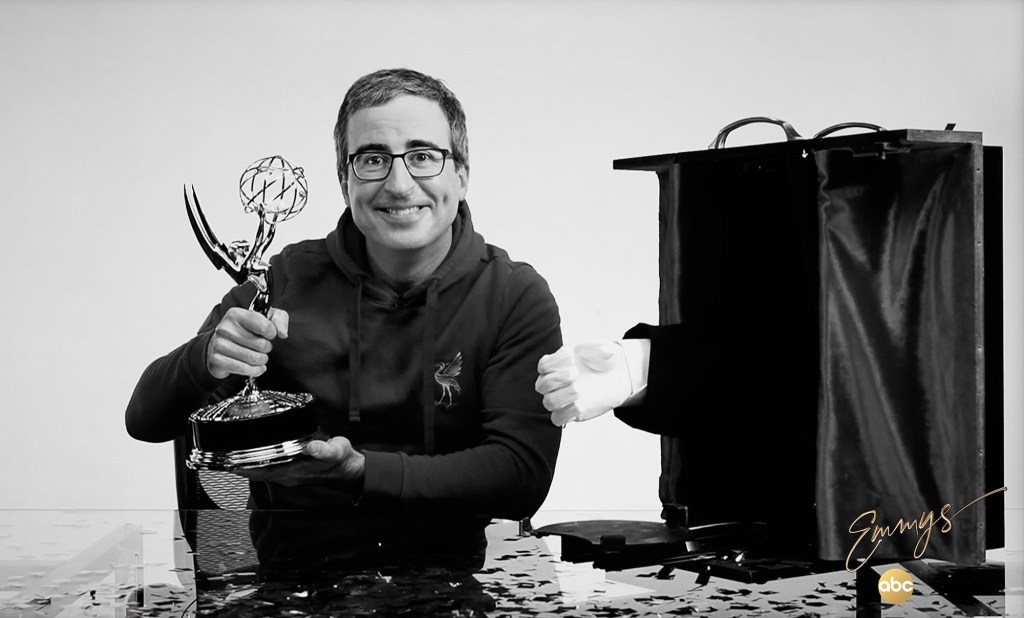 “Last Week Tonight” host John Oliver is all smiles with his Emmy for Outstanding Variety Series. 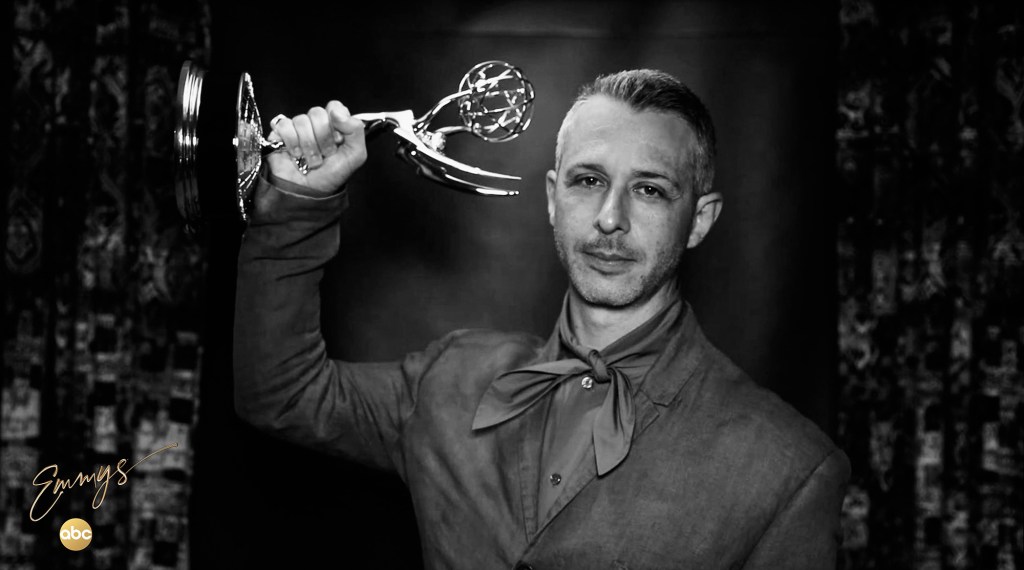 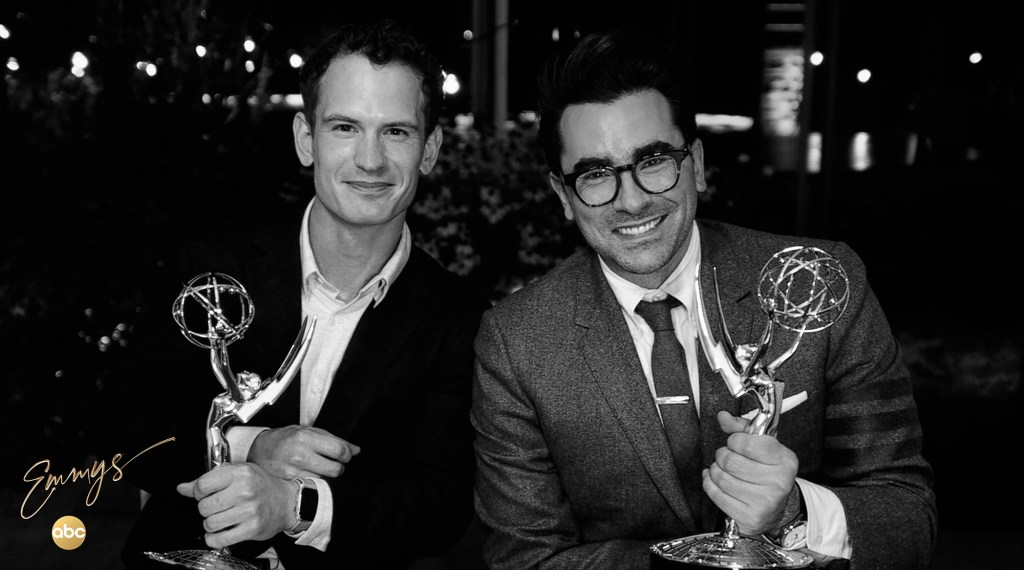 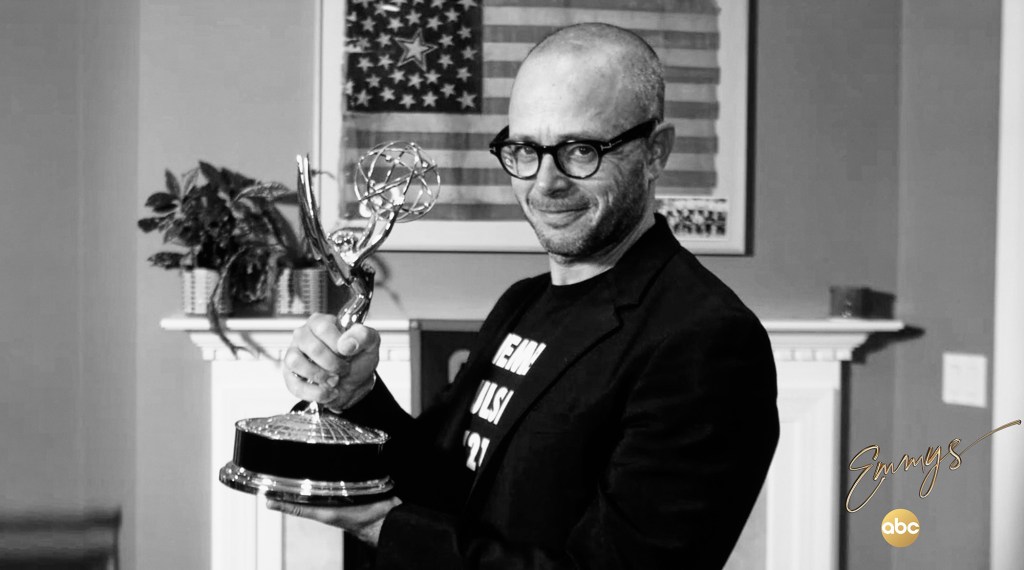 During her talk show’s season premiere on Monday, Ellen DeGeneres directly addresses the allegations of a toxic work environment that plagued her show over the summer.

In a clip of the episode posted on social media, DeGeneres, 62, wastes no time getting to the scandal during her monologue, admitting that she’s a “work in progress” but promising viewers that she is really is “that person that you see on TV.”

“As you may have heard this summer, there were allegations of a toxic work environment at our show and then there was an investigation. I learned that things happened here that never should’ve happened,” she says. “I take that very seriously, and I want to say I’m so sorry to the people who were affected.”

The “Finding Dory” star recognizes how her celebrity has elevated her to a position of “power” and says she should’ve been more aware of what was going on behind the scenes.

“We have had a lot of conversations over the last few weeks about the show, our workplace and what we want for the future,” she shares. “We have made the necessary changes and today we are starting a new chapter.”

She also addresses her “be kind” reputation, advising her viewers not to choose the nickname as a reputation if they can avoid it. While she maintains that she really is “kind,” she also says she feels other emotions, too.

“The truth is I am that person that you see on TV. I am also a lot of other things,” she says. “Sometimes I get sad, I get mad, I get anxious, I get frustrated, I get impatient, and I am working on all of that.

“I am a work in progress. I am especially working on the impatience thing, and it’s not going well because it’s not happening fast enough, I will tell you that,” she jokes.

DeGeneres says that while she’s a “pretty good actress” — having played a “straight woman in movies” — she jokes she isn’t good enough to “fool” everyone every day for 17 years.

“This is me, and my intention is to always be the best person I can be,” she says. “If I ever let someone down, if I ever hurt their feelings, I am so sorry for that. If that’s ever the case, I let myself down and I hurt myself as well.”

She ends her monologue on an optimistic note, saying she hopes her show can still serve as a one-hour distraction.

“My hope is that we can still be a place of happiness and joy,” she says. “I’m committed to making this the best season that we have ever had.”