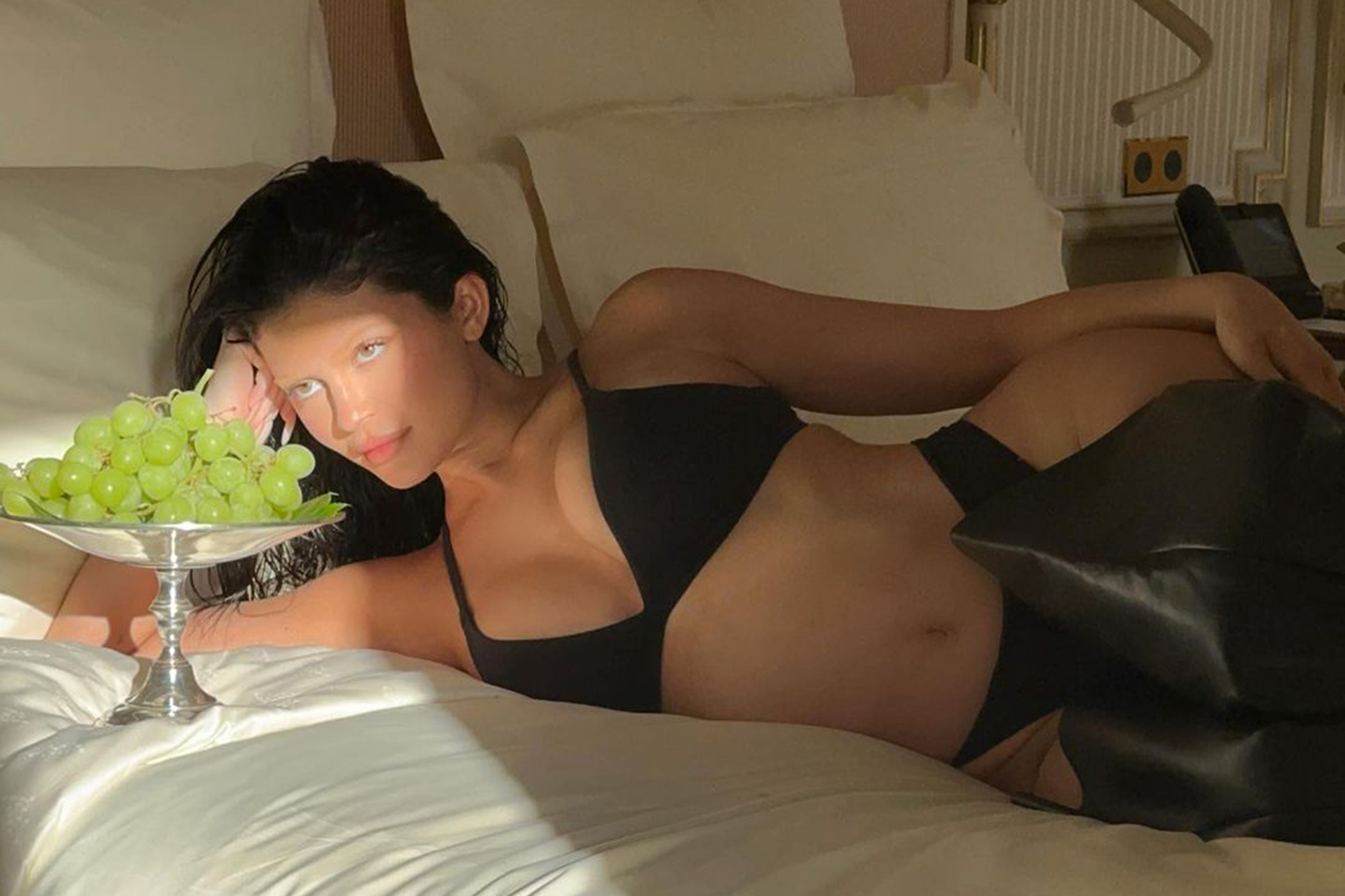 The “Kardashians” star’s brows looked noticeably lighter than usual when she stepped out on Saturday in a tight, tan dress — and again in a neon shirt dress.

After showing the outfits via Instagram Stories, Jenner filmed herself removing her makeup. She wiped at her brows, revealing the blonde hairs beneath.

Later that same day, the reality star, 25, gave a closer look at the new shade in a slideshow.

“slay sleep repeat,” the makeup mogul captioned photos of herself lounging in bed in a black bra and underwear set, as well as matching boots.

Jenner ate green grapes while posing for the sultry snaps, with her brows on display in the sunlight.

The Hulu personality’s social media followers had mixed reactions to her bleached look.

While one Instagram user called Jenner an “angel” in the comments section, another wrote, “Bruh ur eyebrows. … Just weird.”

The “Keeping Up With the Kardashians” alum is no stranger to bleaching her brows, previously documenting the process in September 2015 while shooting an Elle Canada cover.

“Oh no,” Jenner captioned an Instagram selfie with bleach on her face.

To honor the “In America: An Anthology of Fashion” theme this May, the model, 26, paired a black tulle Prada top with a satin skirt.

While Kylie did not attend the gala with her sister that year, the businesswoman has been going all out for Paris Fashion Week.

In addition to a crocheted mini and a croc-print jacket, the Kylie Cosmetics creator made headlines with batwing sleeves on Wednesday, followed by a plunging neckline the following day.