A Long Island legislator has introduced legislation that would raise the age for smoking and vaping from 21 to 25 in in Suffolk County.

The legal age to smoke statewide is 21. But localities have the option to raise it higher. New York City’s smoking age is 21.

The author of the proposed law, Suffolk County Legislator Sam Gonzalez, said boosting the age to 25 will save thousands of lives by discouraging and preventing young people from smoking.

Smoking will be less alluring to a more mature 25-year-old, said Gonzalez, who kicked the habit 27 years ago, around the time his daughter was born.

“The raise the age law will stop the younger kids from smoking. There is a big difference between the age of 21 and 25,” Gonzalez said.

He said having an age 25 smoking law will “absolutely” make Suffolk a more attractive place to live.

Suffolk officials and businesses are already putting out the welcome mat to many wealthy New York City residents who’ve extended their stay at summer homes in the Hamptons and other East End locales into the fall during the coronavirus pandemic.

Gonzalez cites all the dangers associated with smoking, such as causing lung cancer, other respiratory diseases as well as contributing to heart attacks and strokes.

But he also pointed to scientific studies that show that the “rational part” of the human brain is not fully developed until the age of 25.

“The smoking age should be increased in order to protect Suffolk County’s young people from making such a significant decision until such time as their brains are fully developed,” he said.

Gonzalez said he expects stiff opposition amid the pandemic from the tobacco industry, convenience stores and delis that sell tobacco products and vaporized e-cigarettes.

But he said it’s a fight worth having.

An owner of a chain of drive-thru convenience stores said raising the smoking age in western Long Island will just spur customers to drive over the county line to stores in Nassau to buy smokes.

“About 50 to 60 percent of sales are for cigarettes,” said Aegina Angeliades, owner of The Barn, which has 15 stores on Long Island.

“It’s going to make people in Suffolk drive ten minutes to a town in Nassau to buy cigarettes. There’s going to be confusion,” she said.

Angeliades said there should be a uniform smoking law across the region and state.

There are 18 members of the Suffolk county legislature — 10 Democrats and eight Republicans. Suffolk County Executive Steve Bellone is a Democrat.

A spokesman for Bellone said he is reviewing the bill, a spokesman said.

Dad who disciplined daughter on Instagram defends his actions 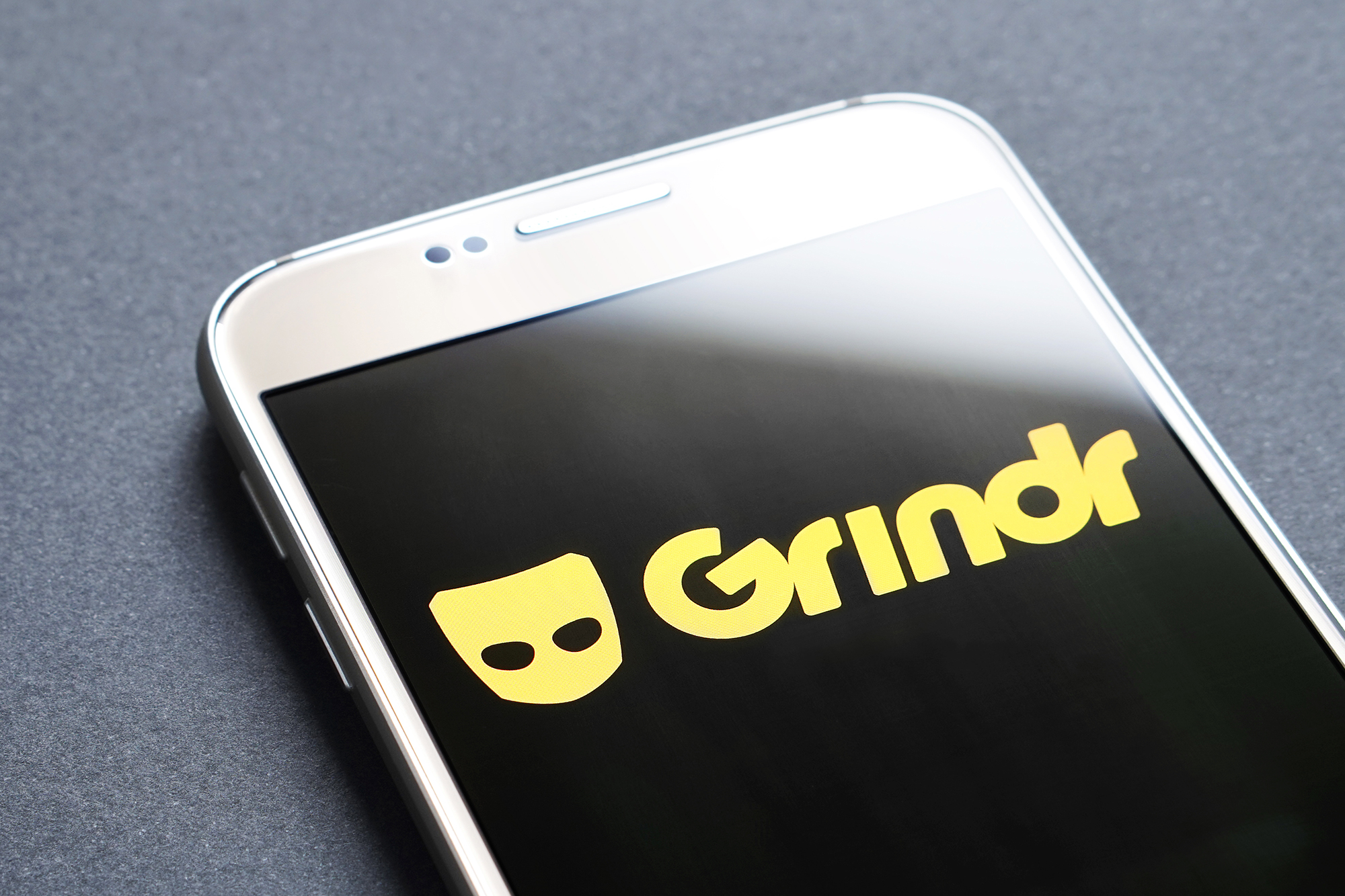 A Grindr hook-up ended in bloodshed in the Bronx Sunday after a dispute over sex acts drove a man wearing a bra, panties and dress to fatally slash the man he met on the dating app with a machete, cops said Monday.

Police were called to 315 E. 206th St. around 7 p.m. Sunday after alleged killer Juan Alonso’s roommate came home to find him holding the machete while standing over the dead man, who was completely naked, according to cops.

Alonso met the victim on the app, a popular meeting place for gay men. He was taken into custody, psychologically evaluated, and charged with murder, manslaughter and criminal possession of a weapon, cops said.

Officials are investigating whether there was a “dispute over not liking certain sex activities and it escalated,” a police spokesman said.

“The perp is not in his right mind,” a police source said. “He might have taken drugs.”

UK Parliament sets curfew for its own bars after loophole outrage

British Parliament’s bars will reportedly stop selling alcohol early after lawmakers criticized a loophole that exempted them from a nationwide pub curfew meant to control the coronavirus.

UK Prime Minister Boris Johnson ordered all pubs to close at 10 p.m. starting last Thursday as the nation grappled with a troubling spike in COVID-19 cases. But the rules didn’t apply to watering holes that serve legislators and staff inside London’s Houses of Parliament, the Times of London reported Monday.

Now officials say those bars will also stop serving booze at 10 p.m. following an outcry from the public and some members of Parliament who called the policy hypocritical, according to the paper.

“This is ridiculous and makes Parliament look ridiculous,” Labour Party lawmaker Wes Streeting said on Twitter Monday. “This has got to change immediately. We can’t have one rule for Parliament and one rule for everyone else.”

“Appalling decision – had no idea,” tweeted George Freeman, a Conservative member and former minister. “This sort of thing is what brings Parliament into disrepute.”

The parliamentary bars — which have names such as the Adjournment, the Churchill Dining Room and the Strangers’ Dining Room — reportedly qualify as “workplace canteens” that can stay open late if there’s no “practical alternative” for workers in those offices to get food.

But a government spokesperson told the BBC that no booze had been served in the House of Commons bars since the restrictions took effect last week. One venue serving the upper House of Lords had offered alcohol past 10 p.m. but will stop doing so, according to the network.

“The bars have been closed completely since March anyway so we have more restrictions than the public at large,” Conservative lawmaker Tim Loughton said on Twitter.

The UK’s economy shrank by a record 20.4 percent from April through June as the COVID-19 pandemic temporarily shuttered pubs, gyms and other non-essential businesses. The country also has Europe’s highest coronavirus death toll with more than 42,000 fatalities as of Monday, according to Johns Hopkins University data.

City Council Speaker Corey Johnson said he’s relieved by his decision to drop his mayoral bid to focus on his mental health — and heartened that a public airing of his battle with depression has helped fellow New Yorkers who are also struggling with the illness.

“I have found a tremendous amount of relief in the last few days being able to finally speak openly about what has been a really challenging four or five months,” Johnson said on NY1 Monday.

On Thursday, Johnson announced he was bowing out of the 2021 mayoral race citing his ongoing battle against depression.

He described the reaction — even from strangers — as “overwhelming positive.”

“What’s been really moving to me, Pat, is I have heard literally from hundreds of New Yorkers I have never met saying that they too have been going through a hard time and that it was meaningful to have someone who lives a public life speak openly about what they have been going through and be able to share how challenging these times have been,” Johnson told NY1’s morning anchor Pat Kiernan.

“I hope that New Yorkers who are watching this morning, if you’re struggling you get the help and support that you need,” Johnson added.

He disclosed that he’s seeing a therapist on a weekly basis and taking medication for his depression.

“I’m sad because I was looking forward to the race,” Johnson said. The Manhattan Democrat was a frontrunner in the crowded field along with city Comptroller Scott Stringer and Brooklyn Borough President Eric Adams.

“But I’m also relieved that I can speak openly about it now focus on my own health and well being and the job I was elected to do almost three years ago,” Johnson said.

The 38-year-old Manhattan progressive stopped fundraising for his mayoral bid during the pandemic and made fewer public appearances.

Johnson also took fire from both activists and law enforcement supporters for deciding to cut $1 billion from the NYPD’s budget in June with the former saying he didn’t go far enough to defund the police and the latter arguing the move fueled the city’s crime wave.