Russian police are investigating a bizarre circus performance featuring a monkey in a Nazi costume and goats sporting swastikas, according to a report Wednesday.

The animals were caught on camera parading around the State Circus of Udmurtia in Izhevsk, with handlers dressed in Soviet uniforms last week, according to the UK Sun.

Wild footage shows goats in red Swastika capes hoofing it next to a monkey wearing a formal black Nazi uniform.

The performance — seen by kids and commissioned by the Russian Orthodox Church — potentially violates a Russian law banning the display of Nazi symbols, the outlet reported.

Local police and prosecutors are looking into whether the show glorifies Adolf Hitler or Nazi culture.

But the church said performers were simply using animal actors to depict the country’s historic victory over Hitler during World War II.

“The performance of trainers wearing Soviet military uniforms with animals carrying Nazi symbols was used as an image not only of victory over fascism,” a church rep told the outlet. “[It depicts] worldwide condemnation of the ideals of Nazi Germany.”

The circus added that nobody involved in the act is actually bananas for The Third Reich.

The goats with swastikas on their backs in the act. 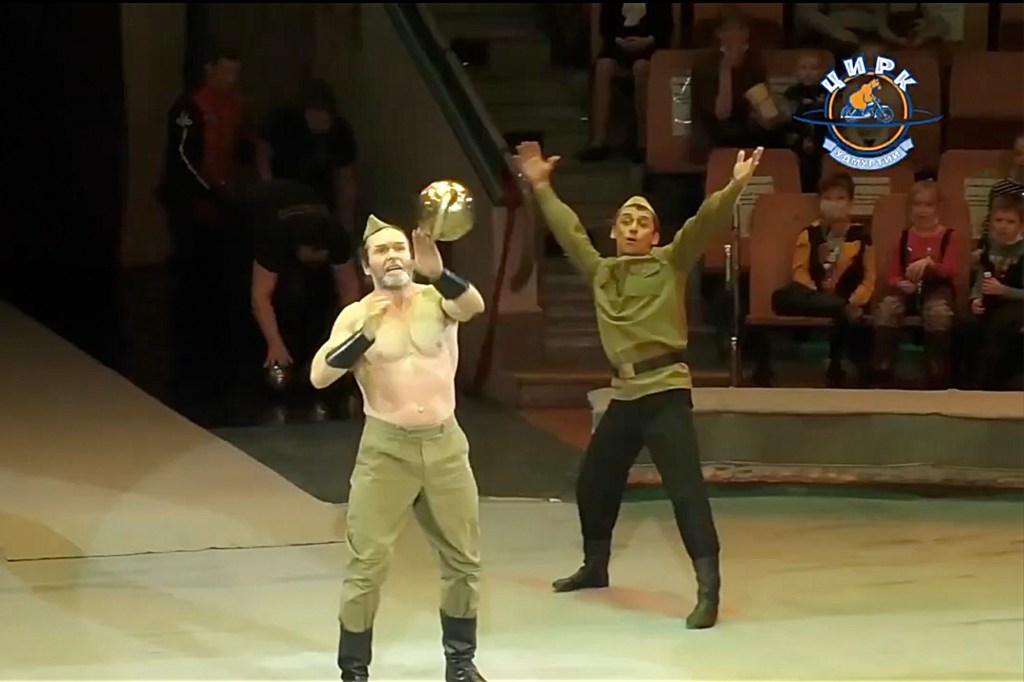 A scene from the Russian circus act.

The dust has settled and several players are on their…

Last year, Vladimir Putin signed an exemption to allow swastikas to be worn in performances if they depict Nazis negatively.

NJ Congressman asks Biden to fire US Postal Service board

Wearing two masks is better than one